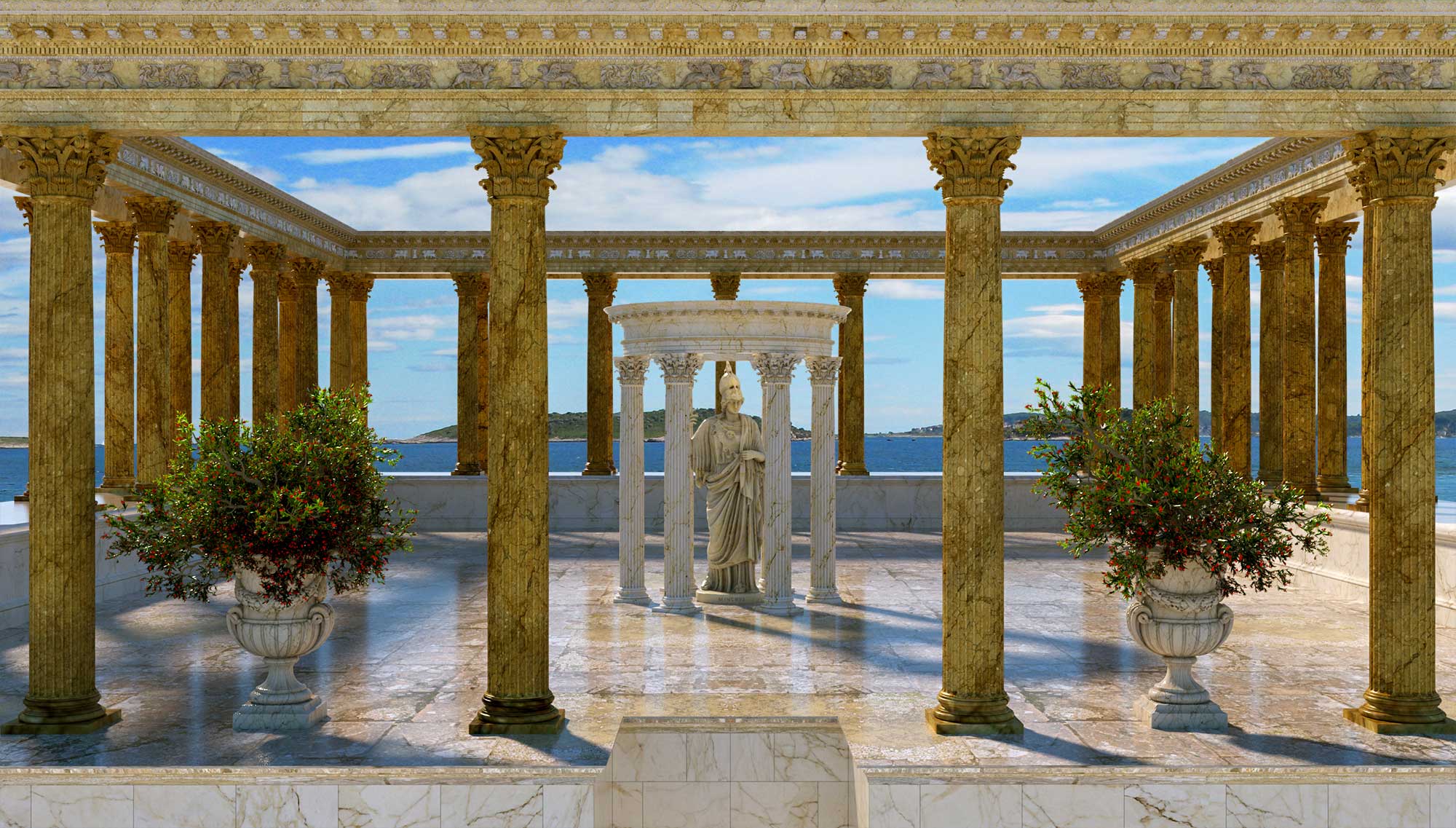 This work was executed as a 3-D graphic using Sketchup, Modo, Zbrush, Octane Render software by Sebastian Michalski. Architectural elements (Corinthian columns) were based on the work of Andrea Palladio, found in his book “I Quattro Libri Dell’Architectura” Book I, chapter XVII-the Corinthian Order, reprint 1760.

About The Artist, Sebastian Michalski

Sebastian Michalski is an econometrician, programmer, 3-D graphics and web designer as well as an entrepreneur. Sebastian interned at McCann-Erickson, Torre Lazur, Thunderhouse, digital advertising agency in the United States for two summers. He studied at the SGH Warsaw School of Economics, Faculty of Quantitative Methods in Economics and Information Systems. He worked at the Institute of Econometrics, specializing in high frequency data analysis, optimization, computer programming for Monte Carlo simulations. He taught econometrics, mathematical programming and forecasting. Sebastian published a paper on Statistical Mechanics and its Applications in Elsevier Science. He won a 1st degree award from the Chancellor of SGH (for Publishing in Polish Scientific Publishers, PWN). He then worked for the National Bank of Poland, where as an analyst and programmer, his work earned 3 prizes, one of them from Professor Leszek Balcerowicz. Balcerowicz was a former Chairman of the Bank, a former Finance Minister and a Deputy Prime Minister in the government of Tadeusz Mazowiecki. After the fall of Communism, Balcerowicz guided Poland from a centralized planning to a free market economy. It was his shock therapy that was responsible for setting the Polish economy on the path to steady growth even during the economic recession of 2008-9. Poland is now one of the fastest growing economies in the EU.

In 2017, Sebastian prototyped and produced world’s first fully water-cooled workstation with 11 graphics cards. He then founded WS.COMPUTER, a designer and producer of heavy-duty highend GPU rendering workstations. WS.COMPUTER has some of the world’s most famous CG artists as clients. Sebastian Michalski’s name and his machines are recognized worldwide among CG designers.