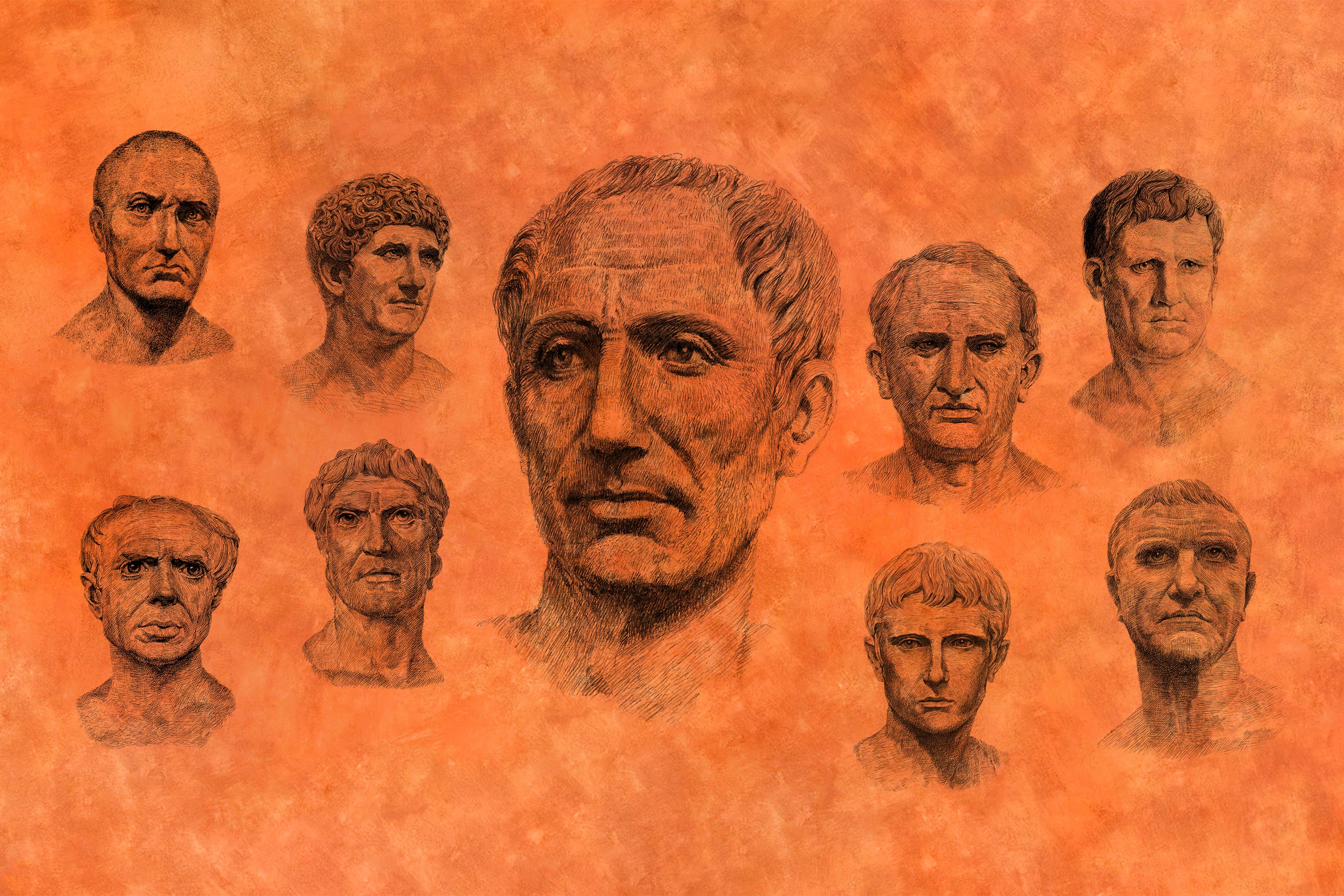 Heroes of the Roman Republic

This mixed media composition presents some of the key players in the fortunes of Republican Rome. With the exception of Antony, each of these players brought originality and innovation to his political career. Scipio Africanus was a superior strategic, diplomatic and tactical thinker. He shortened the Second Punic War by several years. He was able, at a very tender age, the wrest the Iberian peninsula from Carthaginian hands, raise an army with which to invade the North African homeland and defeat the unbeatable Hannibal Barca at the battle of Zama. Gaius Marius, a reformer of the Roman military, professionalized the army, did away with the property requirement and won every battle he ever fought. He was elected consul seven times. Lucius Cornelius Sulla Felix, Roman aristocrat and counter revolutionary, military genius. He rolled back the Marian revolution, made his share of conquests in the east and brutally defeated the opposition in the Social War. It was he who finally crushed the Samnite resistance by committing an atrocity. He murdered all of his Samnite prisoners of war. Marc Antony, subaltern of Julius Caesar, led the coalition against Octavian during the last phases of the civil war. He and Cleopatra were defeated at the battle of Actium. Gaius Julius Caesar, all around genius; successful politician, political reformer, winning general and good writer. He began implementing the changes necessary to transition the Roman Republic to something much more efficient and humane. Marcus Tullius Cicero, great orator, excellent diarist, all-around intellectual and effective Senator. He left behind a huge body of work. Gaius Julius Caesar Octavianus Augustus, first Princeps, guided the transition of the Roman state from Republic to Principate (a de facto constitutional monarchy). Marcus Agrippa, a gifted general, administrator, engineer. Without him, Augustus would not have been able to accomplish what he did. Marcus Licinius Crassus, the richest man in Rome; the third Triumvir and financial and personal supporter of Caesar. He made Caesar’s political career possible.

There are many other Romans we could have included in this poster; Marcus Junius Brutus, Marcus Furius Camillus, the Gracchus Brothers, Lucius Licinius Lucullus, Pompey Magnus and Gaius Cilnius Maecenas.

This poster is a collaborative effort. JS Konrad conceived and composed the drawing. He also selected the background texture, based on a contemporary Roman building color he noticed while on his trips there. Zygmunt Michalski drew all of the individual figures. Sebastian Michalski executed the piece.