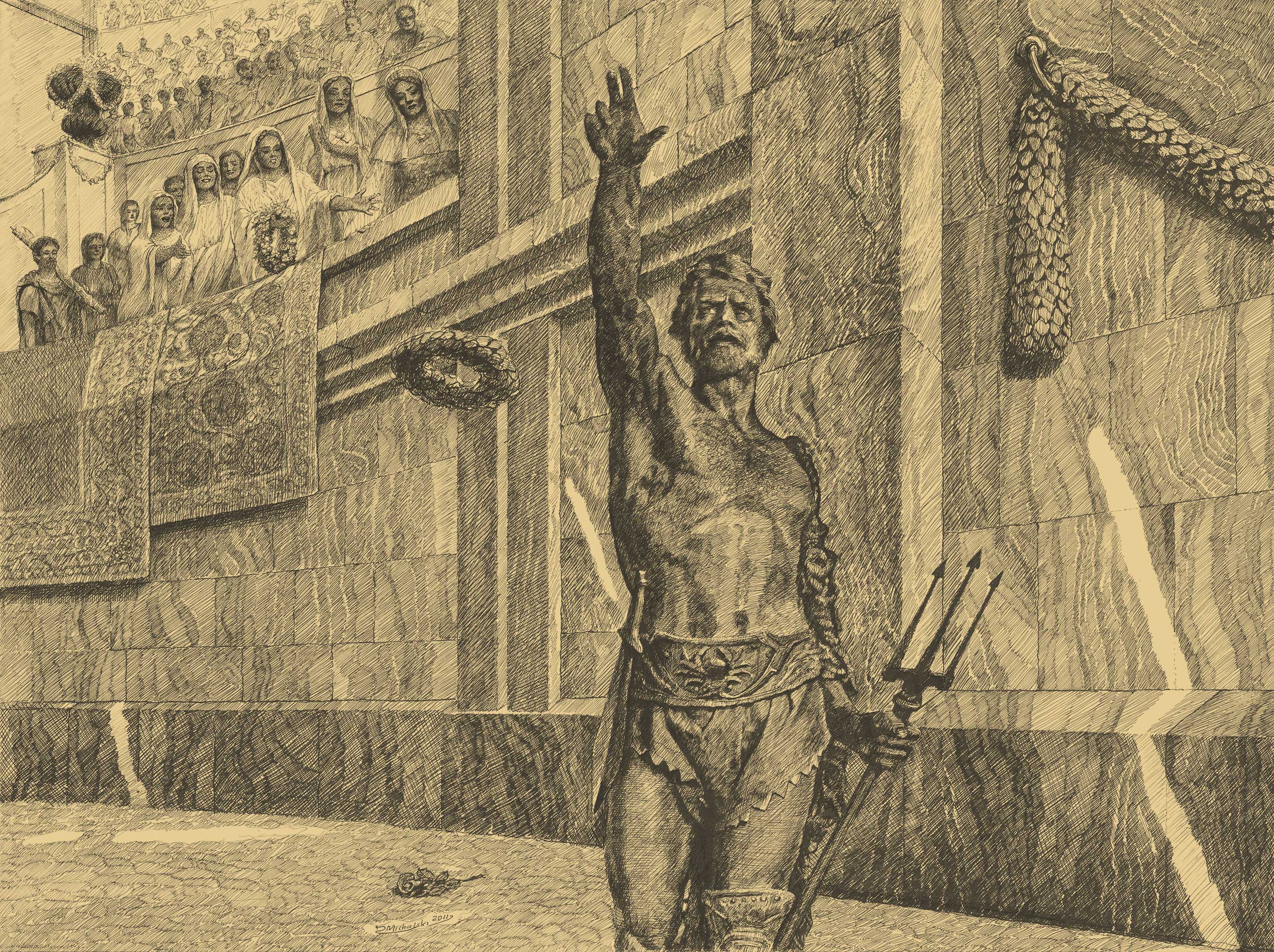 Retiarius: Before the Fight

This pen and ink drawing shows a gladiator, a Retiarius, just before the contest. This is the moment immediately after the opening procession (pompa) and before the pairing off for the fight. This gladiator is well known, a favorite of the Vestal Virgins seated behind him to his right. One of the Vestals has thrown a laurel wreath as a mark of her favor. Another Vestal is also holding a wreath, which she will presumably launch shortly. All of the Vestals as well as the people in the next tier are swept up in the excitement.

Seating in the Roman amphitheater was rigidly hierarchical. The upper classes sat nearest the action, in the lower seats. Vestal Virgins, along with females of the Imperial family, were the only women permitted in the lower tiers. All other women were relegated to the upper tiers, along with the slaves. The games were mostly a male event. They were supposed to teach Romans about bravery and dignity in facing and meeting death.

Retiarius: Before the Fight

This particular Retiarius is armed in the usual manner. He has a trident and dagger along with a weighted net for casting at his opponent and entangling him. He has a grieve on his left leg and his left arm is protected as is his left shoulder. This Retiarius looks like a Gaul. He is also fairly large and muscular for his specialty. This would make him especially dangerous because he may be powerful as well as quick. Usually a Retiarius relies for success upon his coordination and speed. His trident gives him reach while keeping him out of harm’s way.