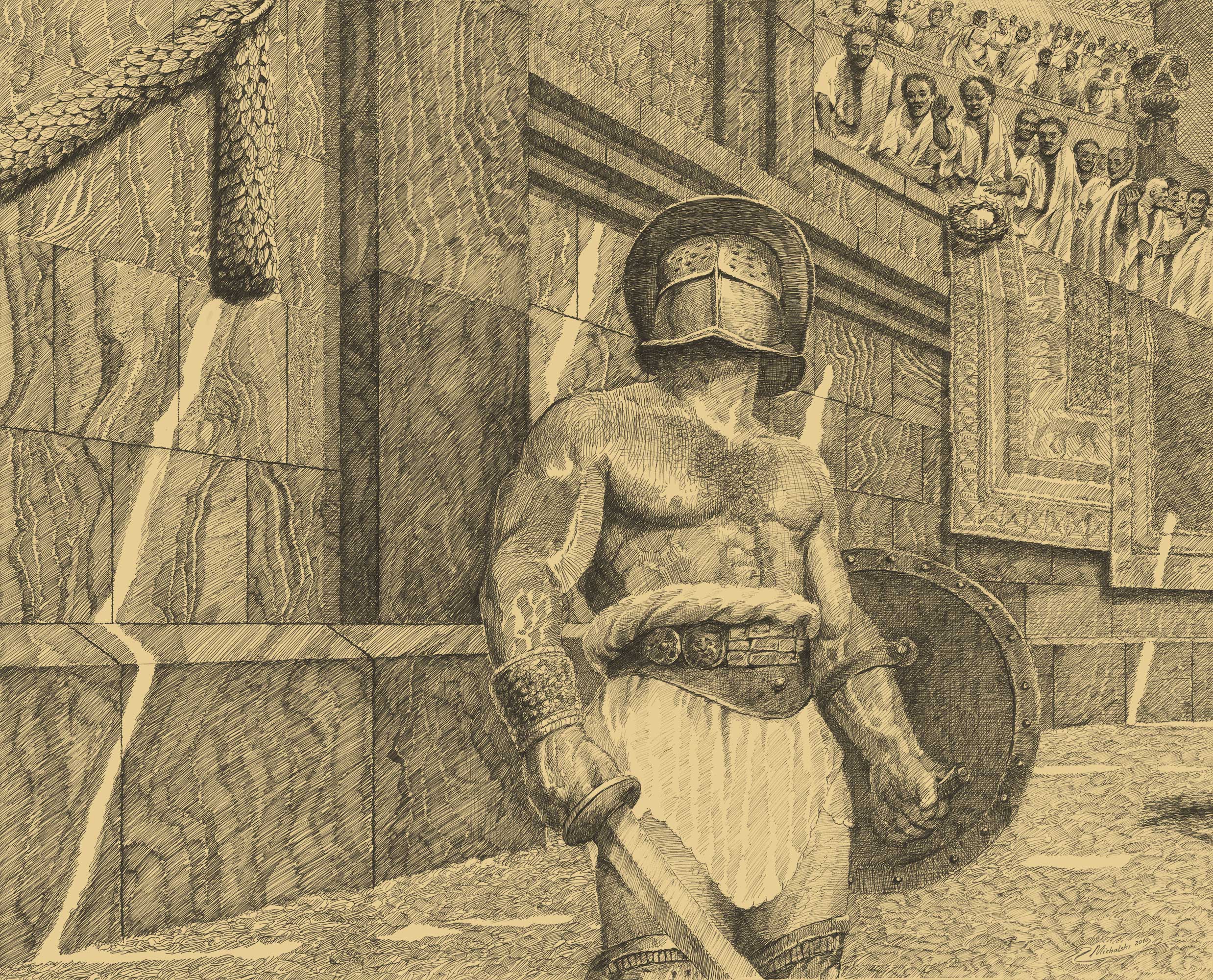 Thrax: Before the Fight

This pen and ink drawing shows a gladiator, a Thrax, just before the contest. This is the moment immediately after the opening procession (pompa) and before the pairing off for the fight. This gladiator is well known, a favorite of the Senators seated behind him to his left. One of the Senators has thrown a laurel wreath as a mark of respect. Another Senator holds a bag of coins in his hand. He is betting big on his man winning the match. The man he made the bet with, short of ready cash, has wagered his country villa in Antium. All of the Senators as well as the people in the next tier are swept up in the excitement.

Seating in the Roman amphitheater was rigidly hierarchical. The upper classes sat nearest the action, in the lower seats. Senators sat together. If you notice, there are no women. Aside from the Vestal Virgins, women were relegated to the upper tiers, along with the slaves. The games were mostly a male event. They were supposed to teach Romans about bravery and dignity in facing and meeting death.

Thrax: Before the Fight

This particular Thrax is not as heavily armored as a Thrax normally would be. He is missing protection for his sword arm and his right shoulder. He has no protection for this thorax. He does, however, have a heavy helmet which protects his head and his eyes. The gladiator’s small round shield, a buckler, does not provide coverage for the legs which is why he has greaves that reach the midpoint of his thighs. The Thrax is a large muscular man who moves deliberately and slowly.